Working side-by-side with the physician’s in our practice, Camelback Women’s Health’s Nurse Practitioners are committed to providing our patients the highest quality healthcare to each and every patient they see.

What is a Nurse Practitioner? Originally from the mid-west, Julie and her husband, Mark, are now permanent sun loving residents of the valley. Julie’s nursing experience began in 1974 as a licensed practical nurse. Through the years she has dedicated herself to the science of nursing and continued her education becoming an RN and then finally graduating from the University of Phoenix as an OB/Gyn Nurse Practitioner in 1995. Julie joined Camelback Women’s Health in September 2000 after leaving a large OB/Gyn practice in the west valley. Mark and Julie keep busy at home working in their garden and taking care of their little dogs, Oscar and Gracie. Jen spent 12 years as a Labor & Delivery nurse at Scottsdale Healthcare Shea before joining Camelback Women’s Health as a WHNP in 2015. She is originally from Texas and Minnesota but moved to Tucson to attend the University of Arizona, where she received her BSN in 2003. Women’s Health has always been her passion, so she went on to receive her Masters of Nursing from the University of Cincinnati. In her spare time, Jen likes traveling and trying new local restaurants.  Jen and her husband, Greg, have a beautiful little daughter. Anne has always known that she would devote her life’s work to caring for women and children. She was born and raised right here in sunny Arizona. She attended Arizona State University for her undergraduate degree in Family Studies and went on to get a second undergraduate degree in Nursing. This path culminated a deep passion for maternal health. Anne spent 13 years as a Labor & Delivery nurse at Honor Health Shea before pursuing her graduate education at Grand Canyon University where she obtained her Master’s degree in Nursing. Anne and her husband have 2 beautiful children. Outside of time spent caring for her patients, she enjoys traveling, golfing, tennis, gathering with friends and family and women’s bible study. Stefanie has been a nurse practitioner since 2008. Originally from Washington State, she graduated from Seattle Pacific University with her BSN and later attended ASU to receive her Masters in Nursing. Stefanie worked in Labor and Delivery for 8 years before becoming a nurse practitioner. She has been with Camelback Women’s Health since March of 2010. She and her husband, Erik, have lived in Arizona for over 10 years. They love to travel and take road trips with their 2 dogs and their RV! Stefanie loves the outdoors, running, and hiking. Stefanie is also an active volunteer with a local dog rescue. Meghan is an Arizona native, born and raised in Tucson, AZ. She attended Northern Arizona University for undergraduate nursing degree and after experiencing awe and excitement upon seeing her first birth, she knew women’s health was her calling. While working at St. Joseph’s Medical Center’s labor and delivery department, she attended Arizona State University and obtained her masters degree in women’s health. She joined CWH in 2017 after working in a large east valley OBGYN office for the previous 8 years. She is happy to be closer to home, allowing more time with her husband and two young daughters, Emerson and Adalynn. When not working, she enjoys travel, exploring new restaurants, and being outdoors. Born in California and raised in Tucson, Dawn has chosen to name Scottsdale home. She attended the University of Arizona for her undergraduate degree in Psychology and went on to get a second undergraduate degree in Nursing. Dawn worked as an RN in labor and delivery, medical/surgical and triage at Banner Good Samaritan. She then continued her education at Arizona State University where she obtained her Master’s degree and Nurse Practitioner. Dawn joined Camelback Women’s Health in July 2002. Dawn and her husband, David, have two beautiful daughters, Stella Mae & Harper Lillian. Born in Arizona, but grew up in Florida, Jodi always knew she would make it back to Arizona to raise a family. Jodi graduated nursing school from Florida State University in 1999 and used her RN degree to travel all over the United States and to New Zealand to learn all different aspects and cultures of women’s health. She finally made it back to Arizona in 2003 and obtained her Master’s of Nursing in 2006. After practicing in the South Valley for 5 years, Jodi decided to work closer to home and has now been with Camelback Women’s Health since 2012. Jodi’s particular specialty is Interstitial Cystitis. Jodi has two sons, Oliver, born in 2011 and Elliot, born in 2014, and a Rhodesian Ridgeback, with her husband, Colin. They love to travel, hike and enjoy good food! Born in California, but raised in our beautiful Grand Canyon state, Reema has called Arizona home for over 15 years. In 2011, she started her undergrad journey at Grand Canyon University, working as a CNA while in school. She graduated in 2014 with her Bachelor of Science in Nursing and began her nursing career in Cardiology. In 2017, she transitioned to High-Risk Obstetrics, where her love for Women’s Health flourished. Reema continued her education, and in 2020 she graduated from the University of Phoenix with her Family Nurse Practitioner degree. Every step of the way she has been recognized as an attentive patient advocate and a team member you can count on. She is thrilled to have the opportunity to provide compassionate care for women. Reema has an Aussie-doodle named “Snoop” and loves to take him to the dog park. She also has a love of the outdoors, good food, and good company. As a Phoenix native, Holly has always called the desert her home. That is except when she ventured up to Northern Arizona University in Flagstaff, where she pursued her undergraduate degree and obtained a bachelors of science in nursing in the mountains. During a public health rotation there, Holly was able to care for young pregnant mothers and so began her love of women’s health. After graduating, she was fortunate to work in the valley as an oncology nurse for seven years, where she further developed her empathy and passion for caring for others. While caring for patients at the bedside, she also worked to earn a doctorate in nursing practice as a women’s health nurse practitioner from Arizona State University. Holly was fortunate to start her career as a nurse practitioner working in a fertility clinic in Scottsdale. Holly always strives to create a comfortable and safe environment for women and is thrilled to do so as a part of such an exceptional team of providers. When she isn’t in the clinic she is spending her time with her high school sweetheart (and husband), Danny, her rescue dog, Lola, and her spunky and hilarious 15 month old, August. She loves to hike, camp, and sing in her free time. 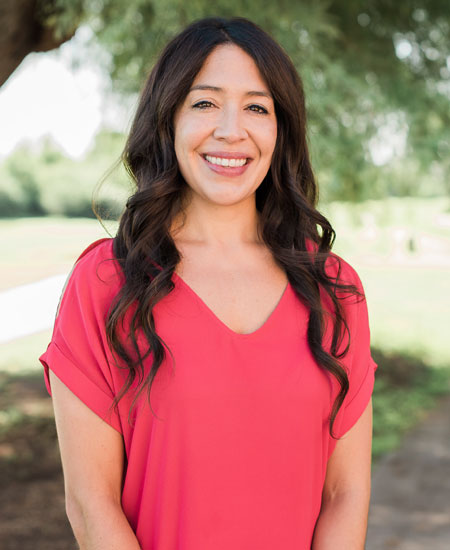 Born and raised in Missouri, Audrey has been in Arizona since 1999. She attended Northern Arizona University in Flagstaff for her undergraduate nursing degree and then worked as an RN in labor and delivery at Scottsdale Healthcare for 5 years while obtaining her Master’s degree in Women’s Health at Arizona State University. Audrey practiced in Scottsdale as a WHNP for over six years before joining Camelback Women’s Health in 2015. Audrey and her husband, Brad, enjoy traveling and spending time with their three children- Carsen, Channing, and Cohen.